One of our cats is a shoe thief. She is a tiny gray soft kitty who looks so innocent. But I'm totally on to her. Shortly after we got her I started finding shoes all over the house in random places. At first I blamed it on the kids and kept asking them why they wouldnt put their shoes away. The problem is I rarely catch her stealing and carrying stuff and when I do, the instant she sees me she sets whatever was in her mouth down. I've been trying to get a photo of her carrying shoes around in her mouth. I've seen it, but never long enough to get a picture. Sometimes she'll really screw with me by constantly taking a shoe or toy out that I put away and putting it back exactly where it was so I can't even remember for sure if I had put it away.

Finally, photographic evidence.
She stole Tracy's purple flip flop and brought it into the office. 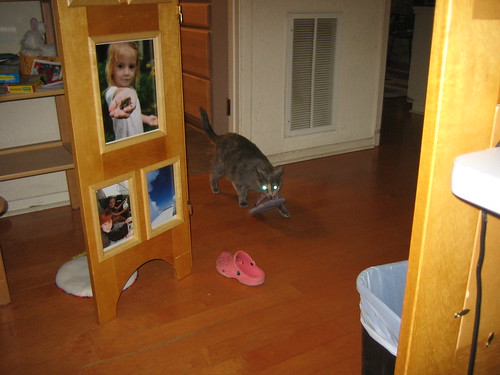 Then she stole the other one and brought it into the office. She likely was also the one who put the pink croc in the office. 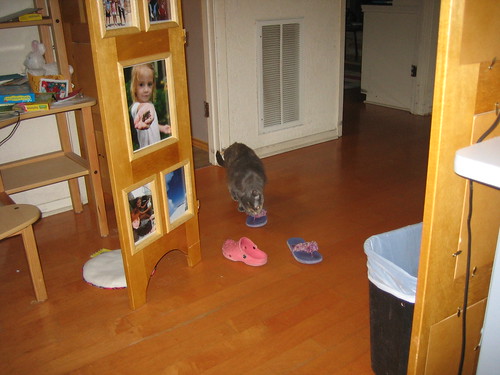 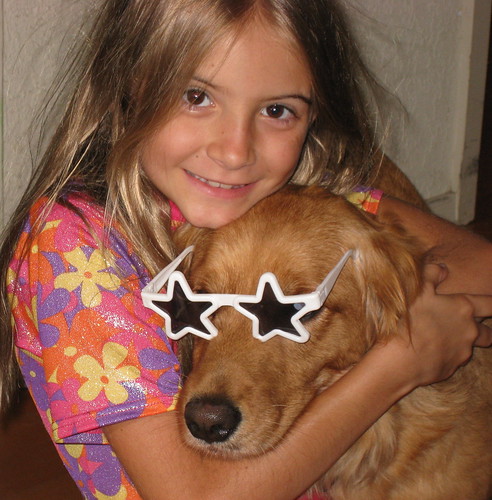